Govt must rethink tobacco policies that could cause more harm 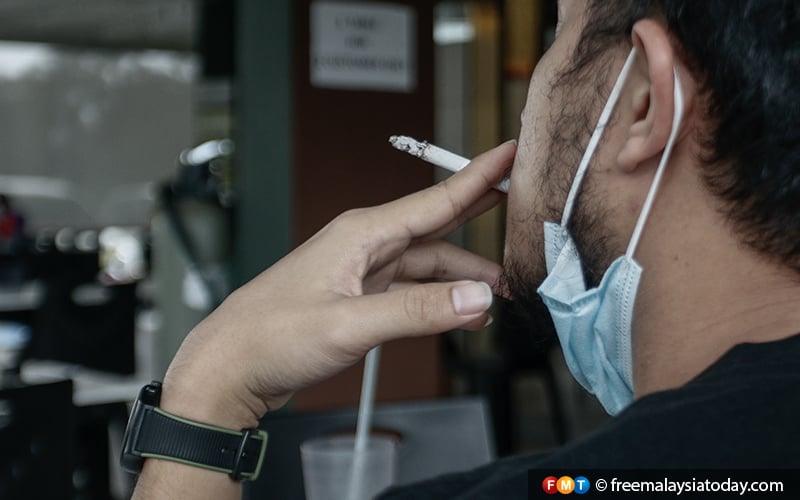 Health minister Khairy Jamaluddin’s recent announcement that the government hopes to pass a law prohibiting the sale of cigarettes and tobacco products including vape and e-cigarettes, to people born after 2005, is reminiscent of Prohibition, when the US banned alcohol in the 1920s.

Did the ban result in reduced alcohol consumption? Quite the contrary. When the Volstead Act banning the manufacture and sale of alcoholic beverages was passed in 1919, organised crime in America went mainstream.

Until that point the mafiosi in the form of the Black Hand gangs simply preyed on other Italians, but after Prohibition came into being, it is estimated that 75% of the population of the United States became clients of bootleggers.

It was big business. There were 16,000 saloons in New York before the Volstead Act. These were replaced by 32,000 illegal drinking establishments known as “speakeasies”.

With the price of alcohol first doubling and then climbing to 10 times what it had been before Prohibition, there was plenty of profit for bootleggers.

Overall, the consumption of alcohol doubled while the prevalence of tainted liquor led to the death of an average 1,000 people a year during the Prohibition period.

Prohibition also adversely impacted trade and employment as tens of thousands were left unemployed when breweries, distilleries, and saloons closed.

The US government saw a drastic decline in revenues. At the national level, Prohibition cost the federal government a total of US$11 billion in lost tax revenue, while costing over US$300 million to enforce.

A National Commission established in 1929 criticised the enforcement of the Volstead Act and noted growing public opposition to Prohibition.

The situation in Malaysia with regard to tobacco is not too different. There is evidence that price increases in products such as cigarettes due to higher taxation only led to prosperous black market for illicit products, thereby providing consumers with cheaper products, some of which are of dubious quality.

This has cost the government an estimated loss of RM5.1 billion in cigarette taxes every year. Under the proposed legislation by Khairy, the amount of illegal cigarettes in the market and the resultant loss of revenue can be expected to increase even more significantly.

This will put a further strain on the finance ministry’s resources to fight the illicit trade, and will also undo the effects of the recent anti-illicit enforcement measures.

As can be learnt from the US alcohol prohibition experience, such a legislation can also adversely impact trade and employment in related sectors, while also leading to serious consequences for public health.

In the end, not only does the market end up being controlled by smugglers, the available products are of inferior quality and the burden of higher taxes is heavier on the poorer segments of the population.

Furthermore, the current approach does not take into account one basic fact: people choose to smoke and any policy which aims to achieve a realistic target must consider this “pleasure-seeking” component.

Freedom of choice and the respect for the pleasure sensation needs to be the pillars of an effective harm reduction strategy, which should rest on the following three pillars:

The last two points are interrelated and are centred on the idea that an effective harm-reduction policy be focused on incentivising the emergence of alternative products for consumers. This is because shifting consumption habits is much easier than quitting them.

A true harm reduction policy is much more likely to achieve targets if less or non-harmful products are offered as an alternative. The key principle should be to preserve pleasure for the consumer, while eliminating the harm.

In the presence of products with inelastic demand, it is much easier to obtain shift rather than eradicating consumption. Furthermore, part of the lack of elasticities derives from the absence of substitute products. This makes consumers more affected by the increase in excise duties, because what they pay with additional tax is higher than what suppliers lose with any decrease in demand.

But alternative products, in order to emerge, need an ecosystem conducive to innovation. For innovations to flourish, a proper institutional environment is key. Liberty is the most important institutional arrangement that can allow innovation and growth, and – with them – human progress to happen.

Experimentation and innovation thrive where they are welcomed, encouraged, and incentivised. And innovation (providing alternatives) is the key element to make freedom of choice, pleasure and harm reduction walk together.

This is possible only if policymakers would start to approach the issue with the necessary humility dictated by the acknowledgement of the fact that policymaking does generate unintended consequences.

Carmelo Ferlito is the CEO of the Center for Market Education.

The views expressed are those of the writers and do not necessarily reflect those of FMT.